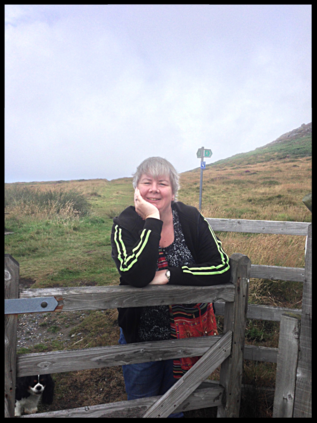 Amy Maguire launched Family Manx Magazine in 2007, a month or two after she and her family moved to the Isle of Man from London. Amy wanted to find tennis sessions for her son, Rob, who had been a keen tennis player with the Hackney LTA. Unfortunately it became obvious to Amy that finding an up-to-date list of who was running such classes was going to be hard and so, having advertised her music groups (Rucksack Music Inc) in similar types of magazines in London - she wondered if one would be feasible here.

​Amy did a fair amount of research amongst the mums who would come to her weekly music groups in Douglas and around the island - and after figuring out the costs and sourcing a printer and a designer - Amy was ready to go and Family Manx was launched.

Amy and her family have now been on the island for nearly 15 years. Her son is is in his 20's and is a dad to a beautiful little girl; Amy's husband worked for a firm of electricians til 2017 but is now out on his own with Maguire Electrical Services Ltd; and the whole family have made a life for themselves on this little piece of heaven that they now call home.

​In July 2017, Amy and Dermot took over a shop called Just Care Products Ltd (up behind B&Q). Amy and her colleague. Rebecca Kneen, have been running the shop (www.justcareproducts.co.uk) since then.

​Amy still teaches the piano and runs the magazine, as well as working in the shop and life is full of different moments each day; but Amy is proud of the magazine that she set up and hopes that the readers who pick up the magazine enjoy reading what she produces.

​If you wish to contact Amy regarding the magazine,  you can reach herHERE and she would be very happy to hear from you.